The head of the distributors is Dorothy Sauer.  The map is divided into three sections (NORTH, WEST and EAST).

FIND YOURSELF ON THE MAP
SCROLL DOWN TO SEE WHO DELIVERS YOUR COPY OF THE SSN!

FIND YOURSELF ON THE MAP
SCROLL DOWN TO SEE WHO DELIVERS YOUR COPY OF THE SSN! 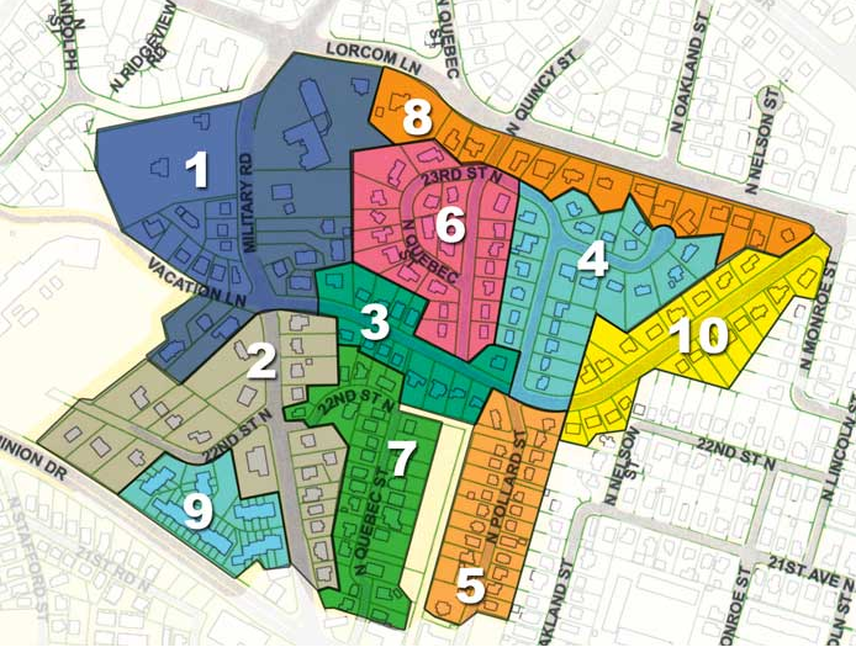 NORTH Captain: Chrisna Baptista (click your captain's name at left to email any problems/questions about your SSN service)

2) Judy Rhodes: 22nd Street west of Military, Military from Lee Hwy to Vacation Lane, with about 20 copies going to the library.

3) Sheila Dougherty: Vacation Lane, both sides, between Military and Pollard.

7) Stu Shelton: Quebec, both sides, from Lee Hwy to 22nd Street. 22nd Street from Military to top of hill at Quebec. 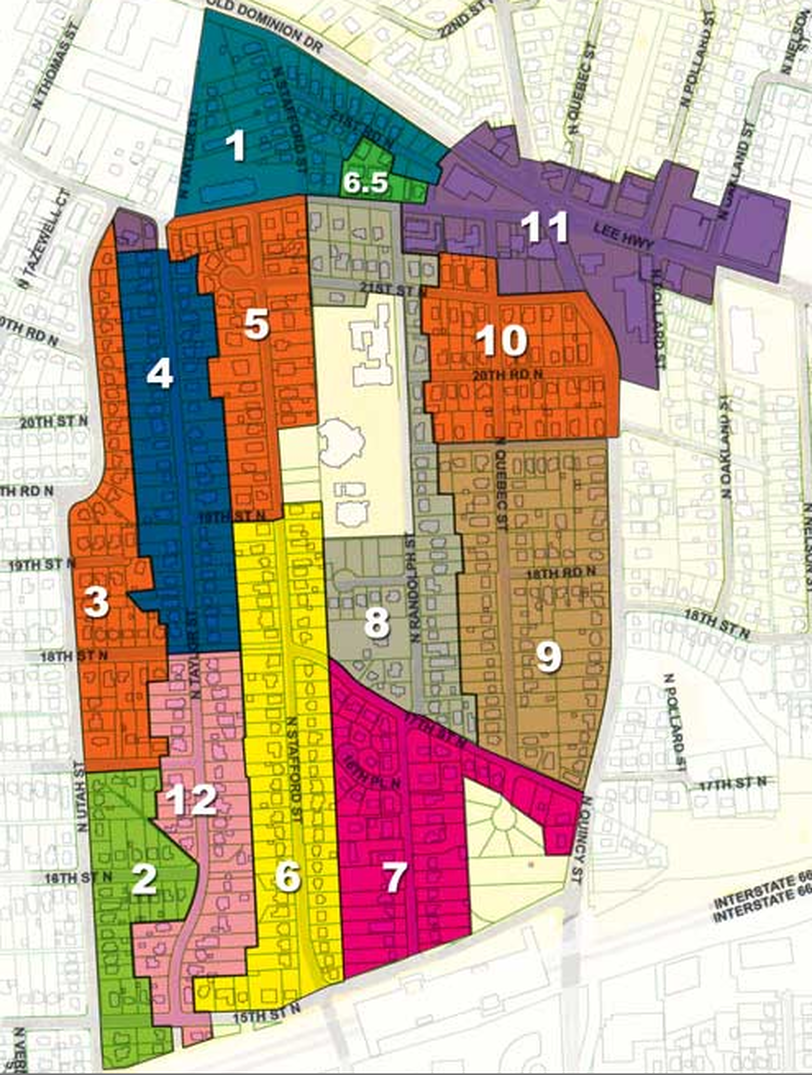 WEST Captain: Maureen Ross (click your captain's name at left to email any problems/questions about your SSN service)

1) Brenda & Kimber Craine: All streets between Old Lee Hwy and Old Dominion, starting at N. Taylor down to the Koons dealership, but not including the townhomes (route 6.5).

4) Michal Schaffner/Dottie Jacobsen: N. Taylor from 18th to Old Lee Hwy (both sides) – do houses on the corner of Taylor and 18th, but not beyond.

11) Dennis O'Connor: Cherrydale businesses up and down Lee Highway from Lee Heights Center to Cherrydale Motors.

EAST Captain: Anne Quinn (click your captain's name at left to email any problems/questions about your SSN service)

1) Joy Watada: Nelson Street – both sides from bike path to Lee Hwy, plus one house on 19th Street and cul de sac on 17th Street.

4) Toni & Adam Weller: 17th Street – between Quincy and park, and east side of Quincy from I-66 up to Cherry Valley Park. Surplus copies go to Old Dominion Cleaners.

6) Sandee Minovi: Johnson Street – both sides between Monroe and bike path, plus 20th Street from Kenmore to bottom of hill. (NOTE: Starting at Monroe, walk toward I-66, do houses on both sides of Johnson until you arrive at Kenmore. The streets make a backwards “J”.)

8) Laura Floros: Lincoln Street – both sides from hill path to Lee Hwy. Deliver 10 copies to apartments, plus three houses on 20th from Monroe to Kenmore.

10) Steven Lent: 18th Street – both sides between Quincy and Nelson.